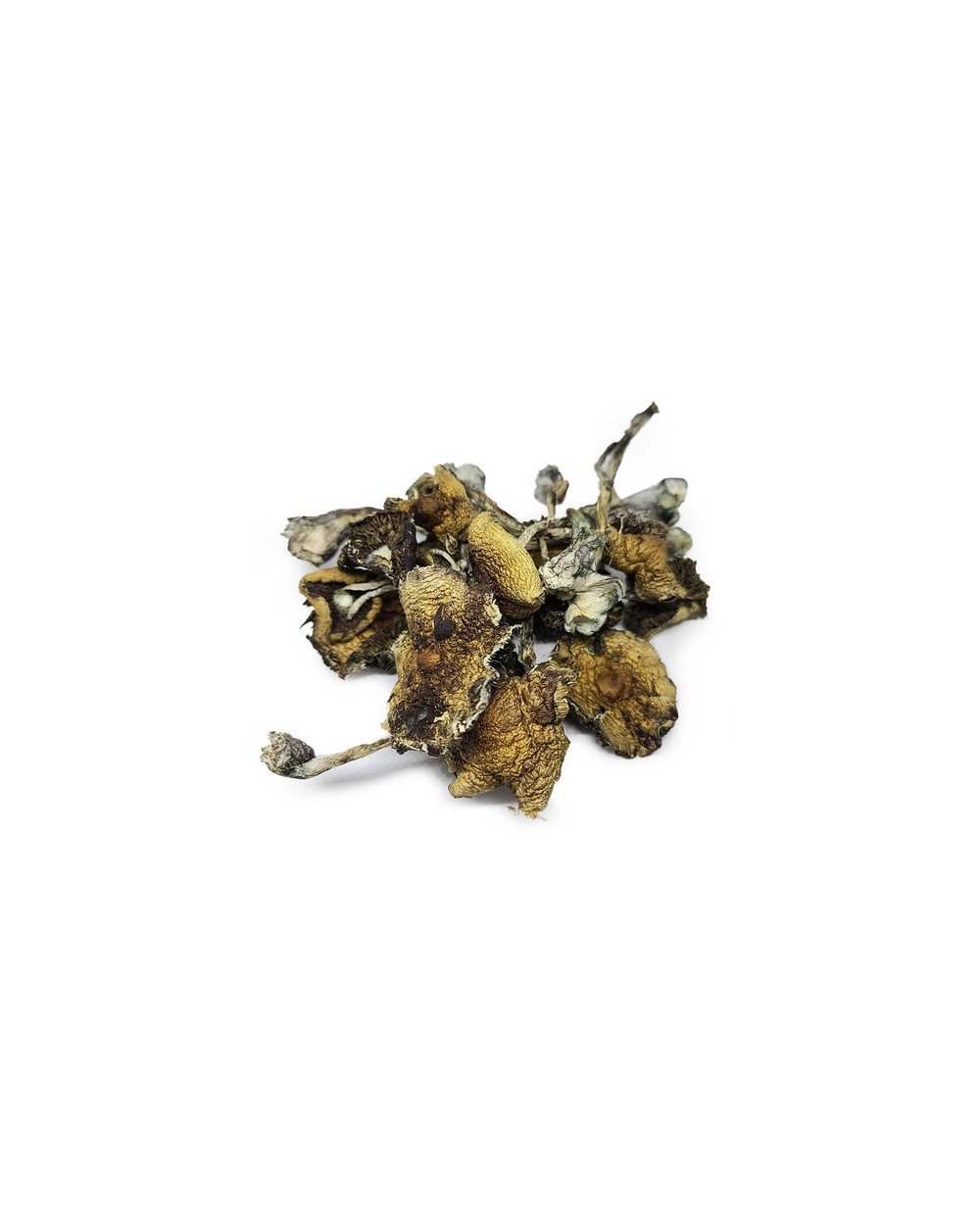 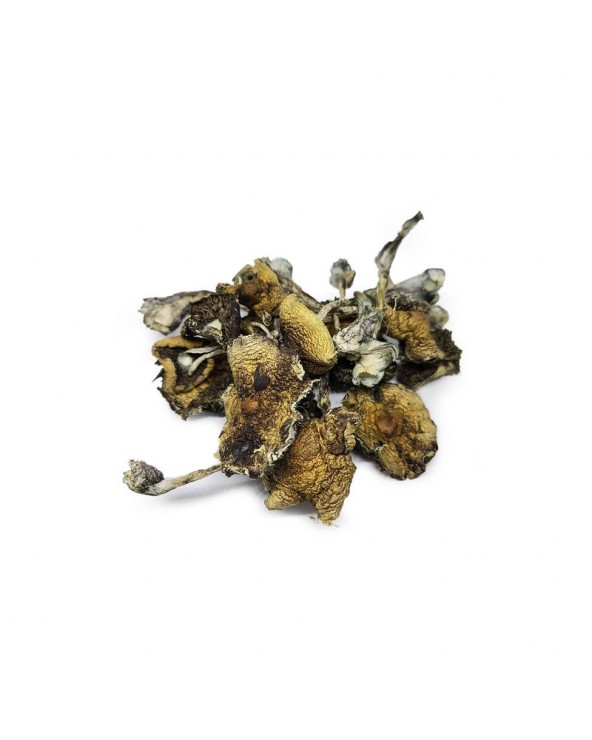 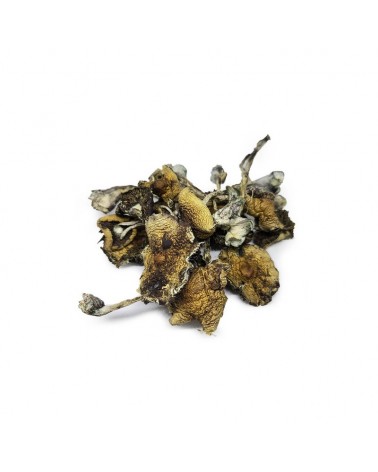 Psilocybe Azurescens are golden mushroom s found across the Pacific Northwest. The concentration of the psychoactive biochemicals psilocybin and psilocin is higher here than in any other mushroom s like Psilocybe Cubensis

Psilocybe Azurescens is one of the 180 mushroom species from the Psilocybe genus and grows in various environments. The Psilocybe Azurscens mushroom also goes by the names Flying Saucers, Indigo Psilocybe, Azzies, and Blue Angels.

The first discovery took place in 1979, and since then, researchers have published various articles on the same. For instance, in his 1996 publication, “Psilocybin shrooms of the world,” Paul Stamets named the species Azurescens. The name Azurescens is a loose translation for azure or blue color in the mushroom.

The mushroom contains 0.4% baeocystin, 1.8% psilocybin, and 0.5% psilocin. It is the most potent species to synthesize tryptamine. For instance, this species is 3 times more potent than Psilocybe Cubensis and Psilocybe Cyanscens.

A closer look at this mushroom reveals rare, outstanding features. The features include the following:

Spores: The spores in this mushroom occur in two distinct colors; purple-black and dark purplish-brown. They take an ellipsoid shape, which makes them distinct from other mushrooms in the same genus.

Pileus: Pileus refers to the mushroom’s caps and has a conic or convex shape. When the shroom is fresh, the pileus takes a brown or caramel color. However, as the mushrooms begin fading, the deep dark spot at the spot changes to light-strawish until it dries completely.

Stipe: It is the mushroom’s stem and appears curved, with the area near the base getting thicker. The stipe has a silky white color, which turns to blue-indigo due to the high indole concentration.

Lamella: They are also known as the mushroom’s gills and have two-tier formation. When fresh, the lamella takes a chestnut brown or caramel color.

As aforementioned, Psilocybe Azeruscens is a member of the Psilocybe genus, made up of 180 species. Each species grows in a particular environment, based on the humidity levels. For instance, this particular species can grow outdoors seamlessly.

The high potency in psilocybin, baeocystin, and psilocin biochemicals allows you to enjoy the mushroom’s optimal benefits. Other precious species within this genus include Psilocybe Cubensis and Psilocybe Cyanescens. This shroom is highly popular in the Pacific Northwest region, U.S.

We can trace this mushroom from way back in 1979 when the Boys Scouts in Oregon identified it. Upon closer examination, they noticed that these shrooms had psychoactive properties. Later on, in 1996, Paul Stamets gave it the name Psilocybe Azurescens. According to Stamets’ publication, Azurescens was about the blue shade in the stipe. However, other people argue that the name was about his son, who had a similar name.

Azurescens is a rich source of psychoactive compounds, namely, psilocybin, baeocystin, and psilocin. The chemical compounds in this Psilocybe species give the shroom psychedelic effects. The psychedelic effects are characterized by the numbing of limbs. However, this effect is overwhelmed by the euphoria and hallucinations. Consuming the shrooms might induce the urge to socialize more and engage in various activities.

You can easily find P. Azurscens on water shorelines than other areas due to the rich ligneous material. The shorelines also contain dune grass, which also forms a mat to support the weak mushrooms.

Azurscens is also tolerant to extremely low temperatures, making it adapt in regions that experience extreme winters. The shrooms can also grow in deciduous wood with a certain level of humidity. It is also common to find this species growing in thickets and among blackberries.

People battling alcoholism and smoking addiction can also use the shrooms as a therapy for battling their conditions. According to researchers, psilocybin suppresses the cravings, which is an excellent way to manage the addiction. Doctors recommend P. Azurscens for people with speech disorders since it boosts the confidence to socialize more.

Taking P. Azurscens magic shroom leaves you exposed to various side effects. Although most of them last for a short period, others might be fatal. The most common side effects include panic attacks, vomiting, and stomach upsets. In extreme cases, you might experience heart attacks due to increased heart rate and blood pressure.

Azurscens could soon become the first choice for recreation and medicinal value. Their versatility and few growing demands make them ideal for both established and novice growers.

They are the best choice to help you fight addiction and manage various mental disorders. Instead of intoxicating your body with drugs, why not settle for a simple yet effective solution. While enjoying the benefits of this mushroom, pay attention to the accompanying side effects.